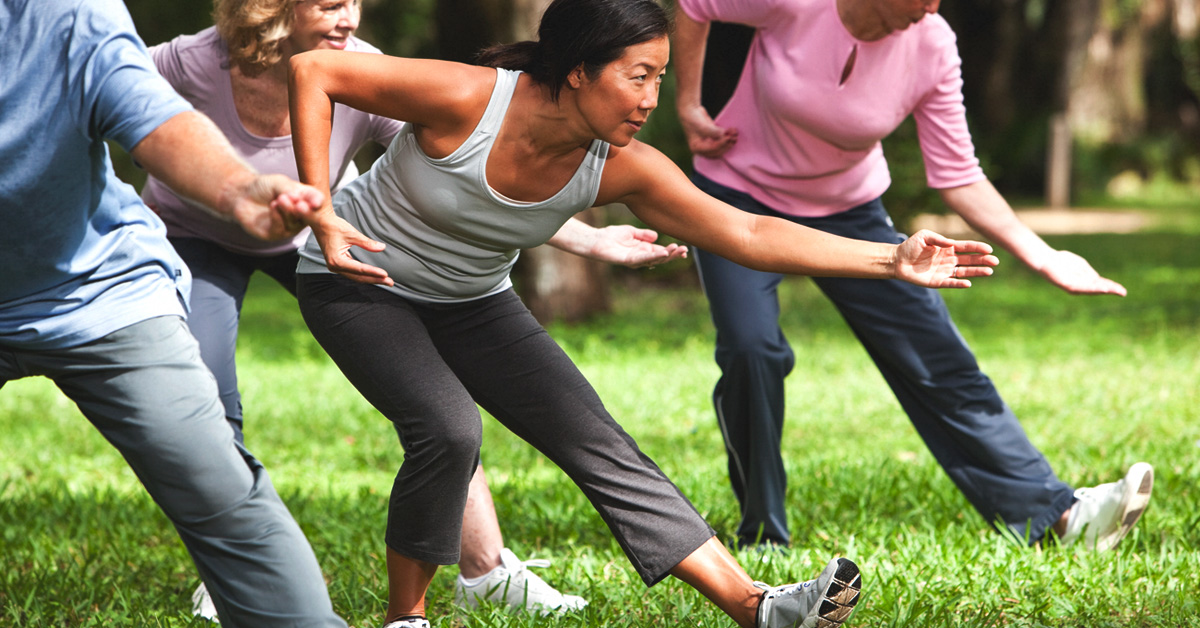 Faced with a seemingly endless supply of trendy new workouts that all promise a better body and improved health, choosing the best one can seem overwhelming. As a doctor, I’m setting the record straight: the single best exercise program is the one that you stick with. The simplest way to do this, of course, is to focus on physical activity that you actually enjoy and avoid anything that you hate (even if every Victoria’s Secret model swears by it). But beyond common sense, there are plenty of science-backed methods for sticking to an exercise program. If you’ve ever had grand plans of overhauling your fitness routine only to find yourself returning to your couch three weeks later, these techniques are for you.

Though it sounds counterintuitive, focusing on shorter bouts of exercise has distinct advantages over longer workouts. In a study among young women who were asked to start an exercise program, those who were assigned to multiple 10-minute workouts throughout the day stayed more committed than women who were asked to complete one continuous workout of up to 40 minutes. In fact, the shorter-bout group logged more total workout time and exercised more days per week compared to the longer workout group. Rest assured: the cumulative effect of exercising in short bouts has the same physical benefits as longer workouts, both in terms of weight loss and overall heart health.

Decades of studies on exercise psychology have consistently identified self-efficacy as the most important predictor of exercise adherence. Self-efficacy is defined as the belief in one’s ability to succeed in a specific goal or behavior change, much like the “I think I can” motto of the little engine that could. Self-efficacy is, thankfully, not an inborn trait but a learned skill that can be developed through achieving small successes over time. When starting a new exercise program, set yourself up for small wins and celebrate them. Focus on the better night’s sleep you may get after just one workout instead of the weight you hope to lose by the end of the month. Another way to improve self-efficacy is to find a role model you identify with who has achieved her fitness goals. Research shows this can vicariously bolster your own self-efficacy.

Though it’s not surprising, the dramatic effect of social support on exercise is worth emphasizing. In an analysis of 44 studies on exercise adherence, researchers found that it was highest when it involved a group, like a sports team or a dance group. Drop-in fitness classes were associated with slightly lower adherence, but they were still superior to solo, home-based exercise programs. Even if home-based exercise is your only feasible option, you can still harness the power of social support by recruiting a family member or friend to work out with you or harnessing the power of an online community. Some studies even suggest that simply discussing your plans to exercise with a healthcare provider, mentor, or friend can increase your likelihood of following through with it.

A handful of studies have demonstrated that people who prioritize eating a healthy diet are more likely to be active. The theory is that engaging in one health-promoting behavior tends to inspire others, and although the link is strongest between healthy eating habits and exercise, it’s likely that any healthy behavior – like getting a full night’s sleep or even flossing your teeth – can increase your probability of following through with exercise.

Keep your expectations in check.

If you expect to see a physical transformation within the first few weeks of starting an exercise program, you may be less likely to keep at it. Studies of new exercisers have found that those with unrealistic expectations of physical change tended to give up when their hopes were not immediately met. Health psychologists have dubbed this the “false hope syndrome.” To avoid it, remember that noticeable physical changes from a new exercise routine can take months to develop. And if your goal is weight loss, it’s important to know that exercise alone – without dietary changes – typically isn’t enough. What you can expect from exercise, however, are short-term improvements in mood and sleep and, in the long term, a dramatically reduced risk of developing diabetes, heart disease, osteoporosis, dementia, and several different types of cancer. How’s that for motivation?